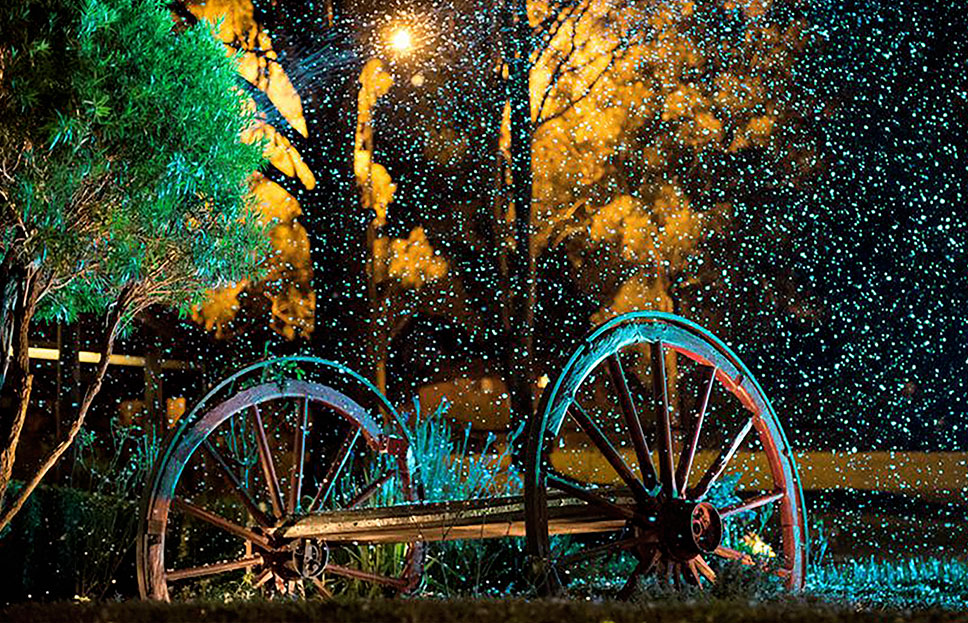 In the special effects world there are different types of snow machines, which enable us to create a special and highly realistic atmosphere, even when it’s not cold.

They can be used in various types of settings, such as sets, adverts, theatre stages, live shows, scene-setting, and even in special effects for film and television.

The impressive visual effects snow machines  create are linked to making a good choice of model, as they can be adapted to all types of settings and can set the intensity to create the desired snow effect.

At OhFX we have various models so you can choose the one that best suits the way you want to use the snow machine and the estimated time of use.

If you want to create artificial snowfall from a distance of up to 15 metres that covers a large area, the best choice is our SIROCCO machine which has a snow head that creates a highly realistic effect.

Perfect snow curtains can also be added using the CURTAIN and BLIZZARD snow machines, which can set the intensity to create a 1 metre wide snow curtain continuously for up to 70 minutes in complete silence without having to reload. These types of machine are well-suited to stage and concert effects, as well as sets where a snow effect is required.

For parties and smaller shows, we have the MINIFLOW snow machine, an excellent confetti blower that creates a snow effect using 6mm square confetti paper.